Hailing from Dorset, Paul trained under the guidance of Pat Oddy (Birmingham School of Acting) following his graduation from Aberystwyth University in 2010. Since 2013 he has worked professionally as a theatre Actor, accruing a wealth of experience performing in both Film & Theatre projects, furthermore. In addition to this, he is also an accomplished Voice Over artist and Singer.

Paul has worked alongside established South West companies including The Wessex Actors Company, Dreadnought Theatre and Tawdry Lace Theatre. Paul’s experience as an Actor includes both devised and script-based performance.

'A wonderful and engaging show . . . great performances from the two involved, Paul Lawless and Gill Simmons.'

' . . . fast paced, laugh a minute show . . . The small ensemble comprising of Janet Adams, Paul Lawless, Fay Greenhalgh and Joshua Phillips are all supreme in their transformative abilities and comic timing. It is fitting to list each actors name as they, individually and together, are all deserving of praise.'

'. . . Paul Lawless and Toby Trimby . . . are quite the best Jack and Algernon I have seen in many productions, their convincingly competitive relationship physically and vocally choreographed to perfection.'

The FTR review for The Wessex Actors Company production of

The Importance of Being Earnest (2013) 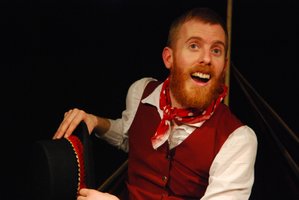 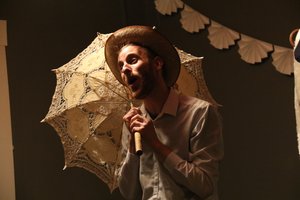 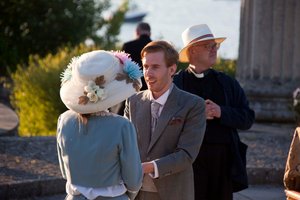